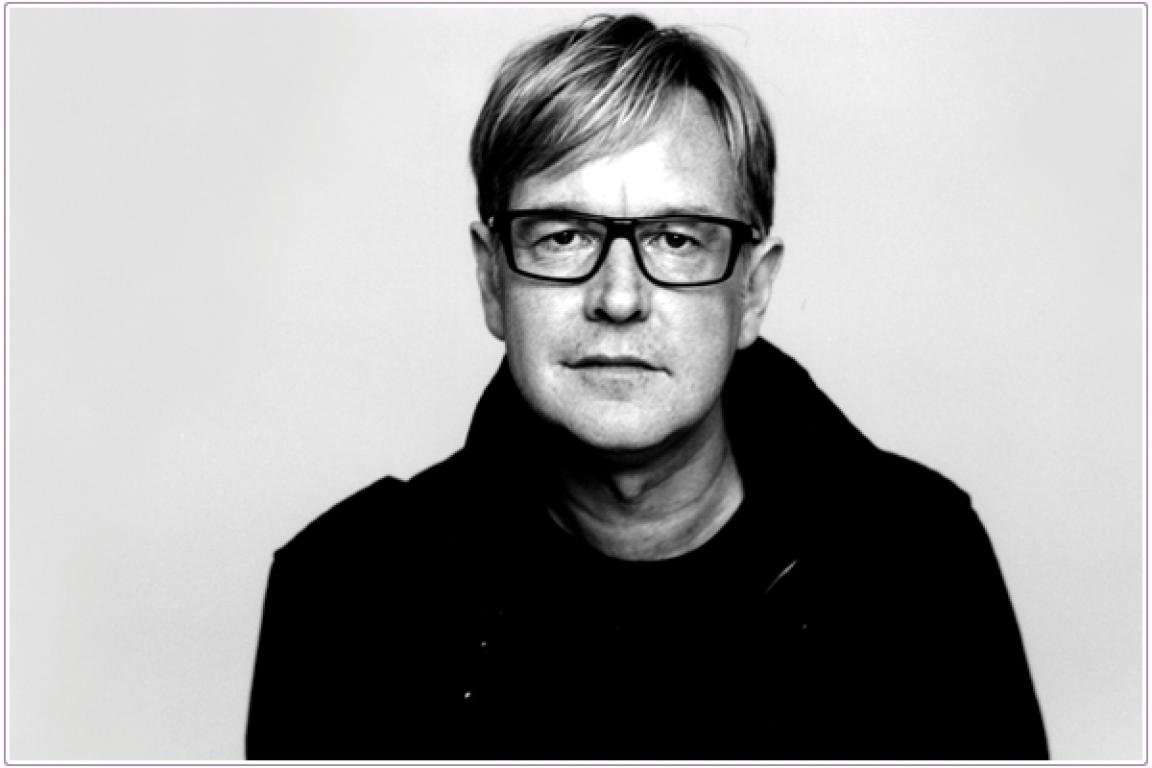 Depeche Mode
In the late 1970s, Fletcher and schoolmate Vince Clarke formed the short-lived band No Romance in China, in which Fletcher played bass guitar. In 1980, Fletcher met Martin Gore at the Van Gogh Pub on Paycocke Road in Basildon. With Clarke, the trio, now all on synthesizer, formed another group called Composition of Sound. Clarke served as chief songwriter and also provided lead vocals until singer Dave Gahan was recruited into the band later that year, after which they adopted the name Depeche Mode at Gahan’s suggestion. Clarke left the group in late 1981, shortly after the release of their debut album Speak & Spell.

Their 1982 follow-up, A Broken Frame, was recorded as a trio, with Gore taking over primary songwriting duties. Musician & producer Alan Wilder joined the band in late 1982 and the group continued as a quartet until Wilder’s departure in 1995. Since then, the core trio of Gahan, Gore and Fletcher have remained active, most recently releasing the 2013 album Delta Machine, and with the ensuing world tour, which concluded in early 2014.

Role
Fletcher’s role within Depeche Mode has often been a topic of speculation. In early incarnations of the band, he played (electric and later synth) bass. As the band evolved after Vince Clarke’s departure in 1981, Fletcher’s role changed as each of the band members took to the areas that suited them and benefitted the band collectively. In a key scene in D.A. Pennebaker’s 1989 documentary film about the band, Fletcher clarifies these roles: “Martin’s the songwriter, Alan’s the good musician, Dave’s the vocalist, and I bum around.” Rolling Stone writer Gavin Edwards later (after Wilder’s departure) riffed upon this statement with the line: “Depeche Mode’s unique division of labor has been long established, with each of the three remaining members having a distinct role: Martin Gore writes the songs, Dave Gahan sings them and Andrew Fletcher shows up for photo shoots and cashes the checks.”[2]

Fletcher however, always has and continues to play a critical role within the band.

With the band having not always employed a full-time manager, Fletcher has also concerned himself with many of the band’s business, legal, and other non-musical interests over the years. In the EPK for Songs of Faith and Devotion, he discussed being genuinely interested in many of the business aspects of the music industry that other performing musicians shy away from, and as such, he took over a lot of the business management aspects of the band. In recent years, this has included acting as the band’s “spokesperson”, with Fletcher often being the one to announce Depeche Mode news (such as record album and tour details).

He is also said to be the member who is “the tiebreaker” and the one that “brings the band together.” According to interviews, Fletcher built the compromise between Gahan and Gore that settled their serious dispute following 2001’s Exciter album and tour over future songwriting duties within Depeche Mode.

In the studio and during live shows, Fletcher does contribute a variety of supporting synthesizer parts, including bass parts, pads, strings and drone sounds, and various samples.

However, he is notably the only member of Depeche Mode who does not sing. Although he can be seen singing during Depeche’s past live performances, usually Fletcher’s vocals were either mixed very low or heard only through his own stage monitors. On the band’s 2013/14 Delta Machine Tour, vocal mics were no longer present on his keyboard station.

On studio recordings, however, Fletcher’s supporting vocals can be heard in some form or another on the majority of all Depeche albums released since 1981.

Toast Hawaii (“Solo Project”)
According to anecdotes from various members of Depeche Mode (later quoted in a band biography), an Andy Fletcher “solo album” entitled Toast Hawaii (named after Fletcher’s favourite dish in Hansa Studio’s cafeteria) was recorded in Berlin during the Some Great Reward sessions in 1984. According to these anecdotes, all the songs on the “album” are cover songs on which Fletcher sings lead vocals. The “album” allegedly features Alan Wilder and/or Martin Gore on piano, with an album cover photo by Wilder. The story then goes that Gore & Wilder presented the album to Mute Records’ Daniel Miller and pleaded for him to release it. In reality, this “solo album” is almost certainly an in-joke, although it is not entirely unlikely that during studio “downtime” from serious work, a diversion would not have been making humorous recordings.

Toast Hawaii (Record Label)
In 2002, Fletcher launched his own record label, a Mute Records imprint called Toast Hawaii (again named for the dish) and signed the band CLIEИT. He coordinated the recording of their eponymous 2003 debut and 2004’s City and also produced “extended remixes” for their subsequent singles “Price of Love,” “Rock and Roll Machine,” “Here and Now,” “In It for the Money,” “Radio” and “Pornography” (featuring Carl Barât of The Libertines).

CLIEИT left the label in 2006 and no further activity with the Toast Hawaii label has occurred or been announced to date.

DJ career
Initially to support CLIEИT’s live shows, Fletcher began touring as a DJ. Currently, when he is on hiatus from Depeche Mode, Fletcher plays occasional festivals and club gigs in Europe, Asia, South America and “places where Depeche Mode haven’t visited or been able to visit” and is known to include various exclusive Depeche remixes in his sets. A notable DJ set of Fletcher’s from 2011 in Warsaw has been widely bootlegged.